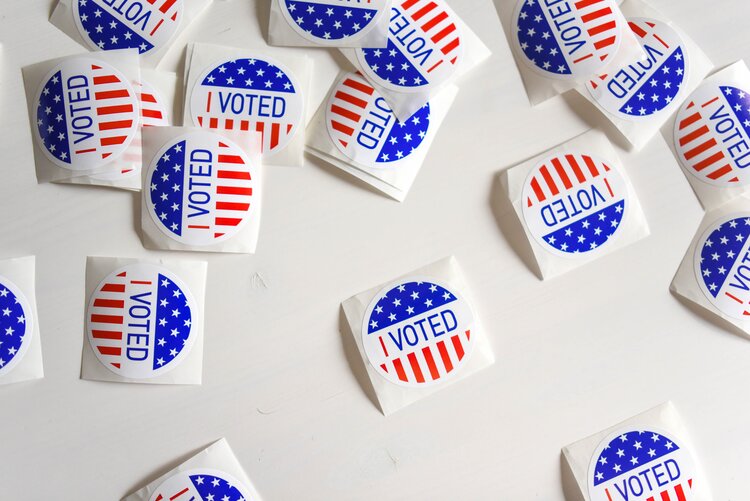 Presidential elections are always high-stakes, winner-takes-all races to the top. The 2020 US election is no exception. Gripped by the effects of the CV-19 pandemic, and the economic fallout, America is stood at a crossroads of change.

As it currently stands, Biden is in the lead in many of the national polls but in many states the gap is too narrow to call. Let’s not forget, in 2016 Hilary Clinton had nearly three million more votes than Trump, yet she still lost. The polls in individual states suggest this could still be an extremely close race.

Regardless of where you stand politically, what we know is, if the markets have any chance of recovery, we need a clear winner in this election. A worrying number of experts anticipate the election will be settled in the Supreme Court, reminiscent of Bush vs. Gore in 2000 which could spell disaster.

Trump vs. markets – the story so far

Throughout Trump’s tenure, we’ve watched his presidential tweets cause a dramatic effect on markets. However, under his leadership, America’s overall economic growth has sat at 2.5% – continuing a trend of growth which began during the Obama administration. The Dow for example reached record highs at the start of this year, before crashing in face of the CV-19 pandemic, wiping out all the gains made since President Trump took office.

The financial markets have been remarkably resilient, and they’ve now largely recovered back to near pre-pandemic levels. But it’s not curiosity that killed the cat; it’s uncertainty. So when Trump dramatically ended negotiations with the Democrats on a multi-trillion-dollar CV-19 economic relief bill with a single tweet, the stock market reacted with a knee-jerk, immediately dropping 1.5%.

What are the predicted impacts of a Biden win?

Under a Democrat administration, the tax treatment of corporations may harden. We’ve heard from Biden that he plans to end several of the Trump-era tax cuts, with the knock-on effects of course being equity markets. There are also rumblings of anti-trust policies for corporates, which too could negatively impact stock valuations.

However, according to Congress data, since World War II the economy has performed substantially better under Democratic presidents. In fact, on average, real (inflation-adjusted) GDP has grown about 1.6 times faster under Democrats than under Republicans. Biden has been in the senate for 47 years, so will understand the importance of a functioning stock market. Right now, the market is stable, suggesting we’re not the only ones thinking about this.

What will happen in the event of a Trump victory?

The realities of Trump’s re-election include the risk of a double-dip recession combined with erosion in the confidence of American assets. This will most likely be due to civil unrest and political instability.

It is going to have significant implications on international trade relations. For strategic investors in Asia, we will look like an unwelcoming place. There will be huge cause for concern for anyone in a potential sanction zone with excess dollars. This could result in a boost to the Euro Zone, which will start to look really attractive to investors looking for stability and returns.

Why the stock market needs a clear election win

Regardless of whether it’s Trump or Biden for the win, there are no quick fixes for jump-starting the economy back to life. Both potential leaders will have their work cut out for them, and it won’t simply be a matter of finding demand or fiddling with interest rates. Instead recovery is deeply entwined with public health policy, civil stability and leadership.

Whichever side of the political fence you sit on, what we know is, certainty is the best-friend of the markets. We’ll be continuing to watch this space in the coming weeks, sign up to TFTD as we monitor the state of the changing market in the run up to the election.